This macro has been developed starting from March 2022 until now, where the concept of the macro has been completed and tried by several friends and got very satisfying results.  Initially developed with the help of Tantra Online Classic using the Kathana 3 version, which finally over time began to be developed for the Kathana 5.2 version since August 2022. And it has been successful by testing on Tantra Gratis Indonesia.

MozTool 2022 was created by prioritizing a simple concept, which is to help ease the workload of Tantra Online fans because some of these game players are no longer people who have a lot of time to stay in front of the playing screen.

The featured feature of MozTool 2022 is its ability to run various activities even though the Tantra Online screen is not in an active position, so players can continue to run other activities on the same PC, whether doing office business or just relaxing watching Netflix or Youtube.

The supporting feature is Auto Pot which helps the character to be independent enough to carry out activities in the game, when HP or TP is already in a position less than the specified minimum limit, the shortcut button for HP or TP will be automatically pressed. This HP and TP limit check does not use pixel checking on the screen, so the main features of MozTool 2022 are maintained. 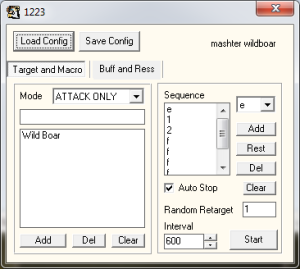 When we macro, the most critical thing is the presence of macro police that we often know as Avara Kara which is very annoying. This was also taken into consideration when making MozTool 2022, so a feature for monster selection was made. This feature exists in 2 modes, namely Attack Only or Deny Attack. When in Attack Only mode, our character will only attack the target, and vice versa in Deny Attack mode, the character will attack anything except those on the target list. 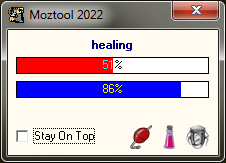 Another feature is that we are able to monitor the condition of our character, so even though we don’t see the tantra screen actively, we can still monitor whether our character is still moving or not or even in a critical condition. Other features such as auto confirm and auto use res scroll have also been included, except that this requires the tantra window to be in the active position, so it should not be run when we are doing other things.

For now, the macro is not publicly shared and also not for sale, and is considering renting 🙂